You are here:
Forging 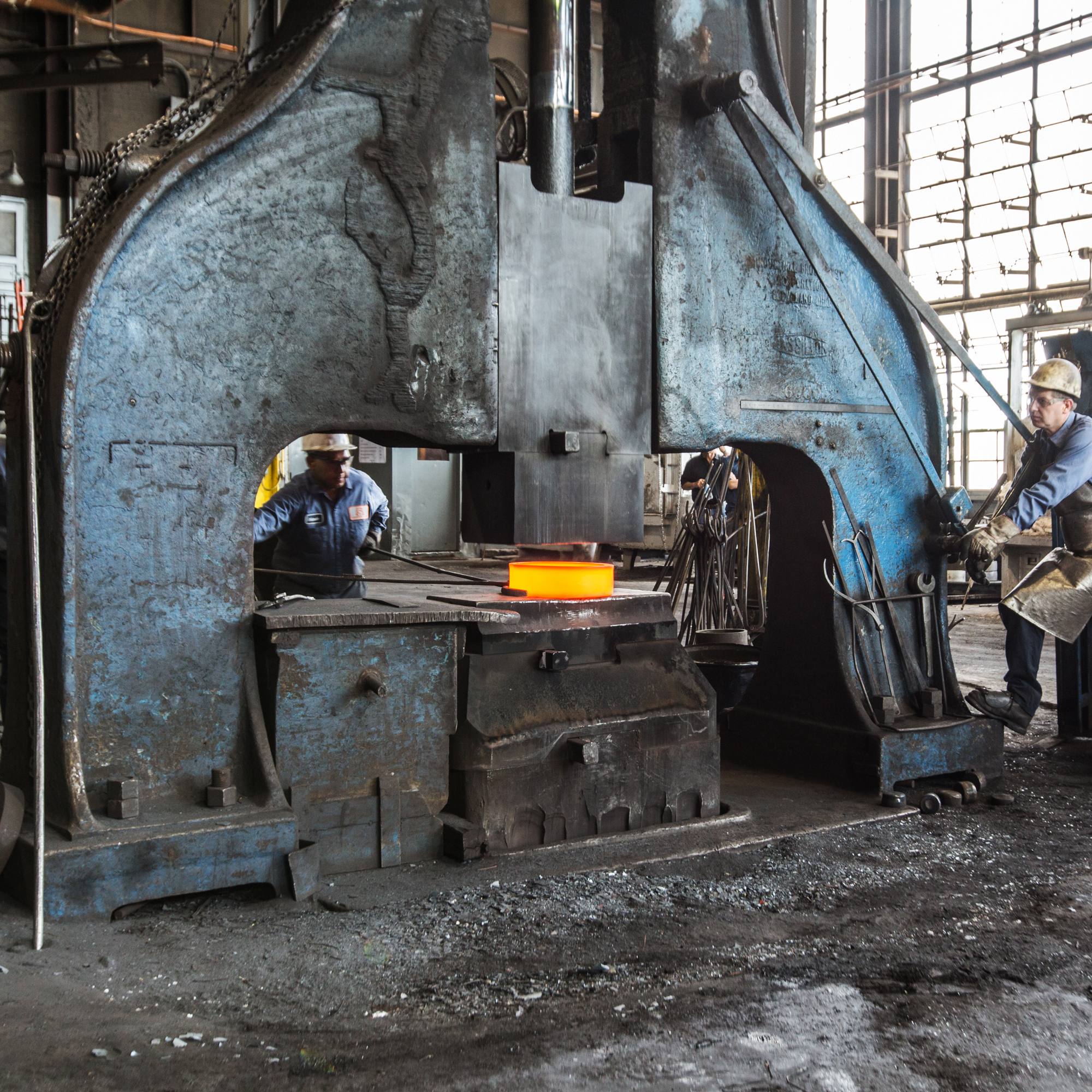 The method of forming metal by the application of force is known as forging. In Open-die forging, a hammer hits and reshapes the workpiece set on a stationary anvil during open-die forging. Open-die forging takes its name from the idea that the dies do not enclose the workpiece (the surfaces in touch with the workpiece), enabling it to flow. The operator must then orient and position the workpiece to achieve the correct form. The dies are usually smooth in shape, but some have a specially formed surface for advanced operations. A die may have a circular, concave, or convex top, for instance, or be a tool for shaping holes or a cut-off tool. It varies from closed die forging except that the dies do not cover the workpiece, and instead of resembling enclosed molds, the dies are more like tools with necessary forms and profiles.

For several manufacturing styles, open die forging is an effective technique. It enables metal, most generally steel and steel alloys, to mold rough and finished. Die, open on the sides is necessary, allowing the workpiece to move when struck in a lateral direction. This construction style often requires very wide workpieces to be forged, weighing several tons in some instances and possessing great length and width.

Open die forgings work in forms that involve disks, hubs, blocks, shafts, sleeves, circles, flats, hexes, rounds, plates, and some custom shapes, including stage shafts or flanges. Open-die forging lends itself to fast runs and is ideal for custom work and craft smithing. In certain situations, open-die forging can be used to fit them for future activities to rough-shape ingots.

Besides merely forming the metal, the method of open die forging serves several purposes. Metal forging aligns and refines the metal grain, which improves the intensity and reduces porosity, which is the appearance of some air particles, including those that are too rare to view through the naked eye. It also boosts the metal’s capacity to react to the machining operation. Forged metal components over equivalent machined or cast parts have increased wear resistance and other mechanical properties.

Using an open-die drop-forge, Cogging is a successive deformation of a bar over its length. A piece of raw material is generally used to work to the required thickness. The correct width is accomplished by edging until the proper consistency is achieved. Edging is the method of using a concave-shaped open die to focus material—the technique known as edging since it is usually done on the ends of the workpiece. Fullering is a similar method that utilizes a convex-shaped die to thin out parts of the forging. These processes prepare the workpieces for more forging operations.

Advanced open die forging methods and simplified shapes such as bars, ingots, and circles, can create complicated shapes, including large parts and items. Although the most popular subjects for open die forging are steel and associated alloys, other metals, including copper, nickel, and titanium alloys, may also be formed this way. The key downside of open die forging is that the workpiece must be continuously shifted when it is worked, needing complicated mechanical controls or trained human operators. Closed die forging may be fully automated and a much simpler operation.